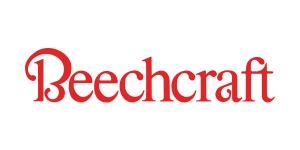 Beechcraft originally it was a brand of Beech Aircraft Corporation, an American manufacturer of general aviation, commercial, and military aircraft, ranging from light single-engined aircraft to twin-engined turboprop transports, business jets, and military trainers. Beech Aircraft Corporation later became a division of Raytheon and later Hawker Beechcraft before turned its assets over to Textron Aviation.

Beech Aircraft Company was founded in Wichita, Kansas, in 1932. The company developed the first aircraft under the Beechcraft name, the classic Beechcraft Model 17 Staggerwing, which first flew in November 1932. Over 750 Staggerwings were built, with 270 manufactured for the United States Army Air Forces during World War II.

After the war, the Staggerwing was replaced by the revolutionary Beechcraft Bonanza with a distinctive V-tail. Perhaps the best-known Beech aircraft, the single-engined Bonanza has been manufactured in various models since 1947. The Bonanza has had the longest production run of any airplane, past or present, in the world. Other important Beech aircraft are the King Air/Super King Air line of twin-engined turboprops, in production since 1964, the Baron, a twin-engined variant of the Bonanza, and the Beechcraft Model 18, originally a business transport and commuter airliner from the late 1930s through the 1960s, which remains in active service as a cargo transport.