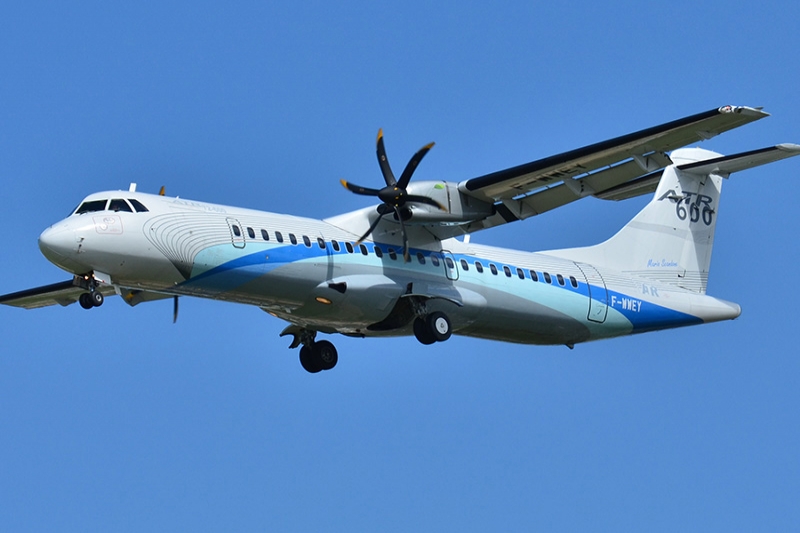 ATR (Aerei da Trasporto Regionale or Avions de transport régional; Regional Air Transport in English) is a Franco-Italian aircraft manufacturer headquartered on the grounds of Toulouse Blagnac International Airport in Blagnac, France. It was formed in 1981 by Aérospatiale of France (now Airbus) and Aeritalia (now Leonardo) of Italy. Its primary products are the ATR 42 and ATR 72 aircraft. ATR has sold more than 1,500 aircraft and has over 200 operators in more than 100 countries.

The ATR 42 is a twin-turboprop, short-haul regional airliner developed and manufactured in France and Italy.The number "42" in its name is derived from the aircraft's standard seating configuration in a passenger-carrying configuration, which typically varies between 40 and 52 passengers. ATR 42 variants are the -200, -300, -320, -400, -500. The latest version is the -600 which features various upgrades. ATR 42 has also a cargo variant.  All versions feature Pratt and Whitney Canada engines.

The ATR 72 is a twin-engine turboprop, short-haul regional airliner developed and produced by ATR. The number "72" in its name is derived from the aircraft's standard seating configuration in a passenger-carrying configuration, which could seat 72-78 passengers in a single-class arrangement.